In Their Own Words: Rockwood Veteran Staff Members Share Why They Served Their Country

Veterans Day, which is Friday, Nov. 11, is a day dedicated to honoring military veterans for their dedication and service to this nation.

This week, we honor and extend our gratitude to more than a dozen Rockwood staff members who have served our country and went on to serve in the school setting.

Rockwood is proud to have so many veterans on staff as teachers, administrators, librarians, custodians, school resource officers and other support staff employees.

Meet 17 Rockwood veteran educators below, and learn why they served their country. 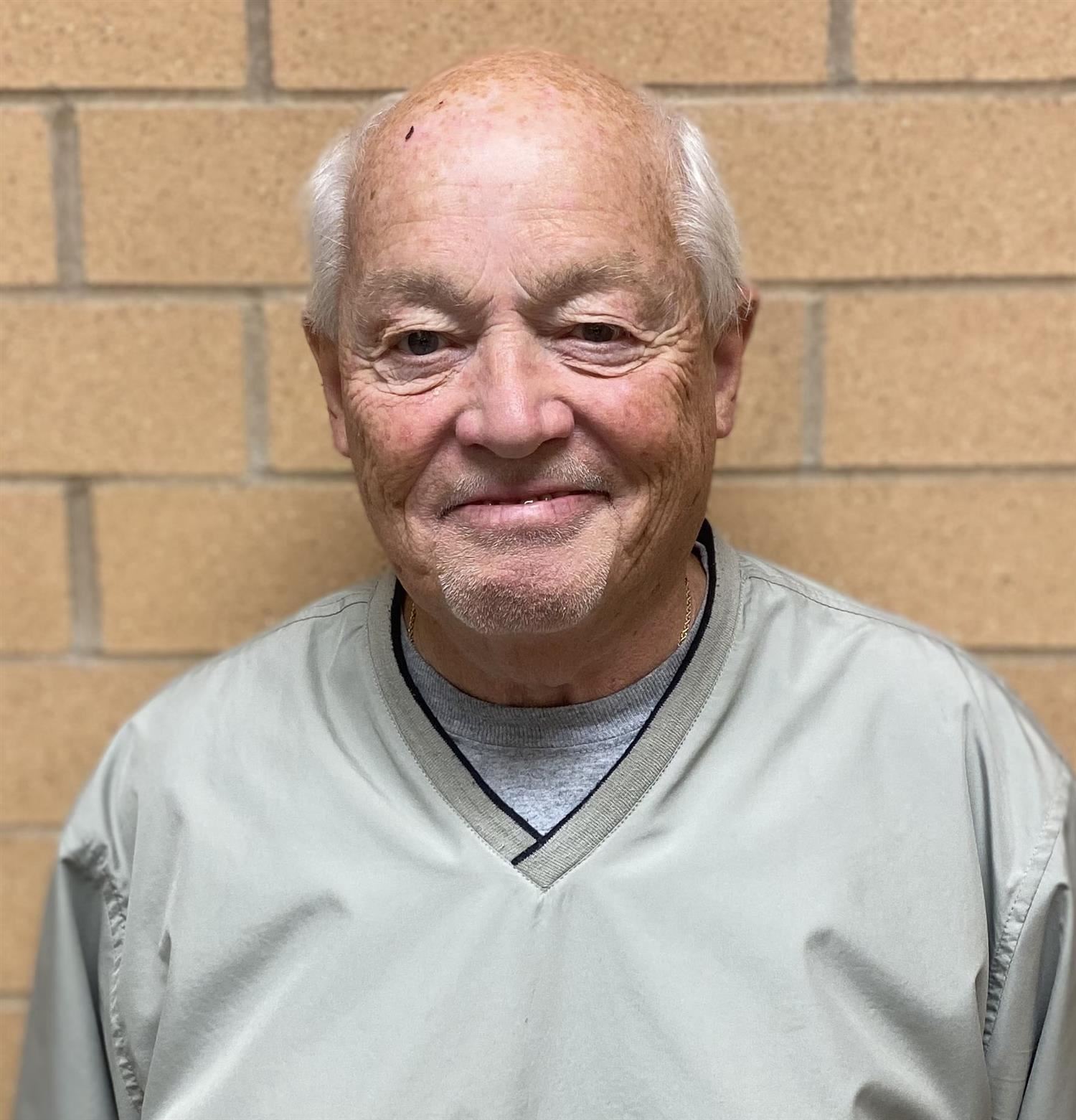 "As an American, I felt the necessity to give back to this great country that afforded my family and other families the opportunity to succeed and prosper." 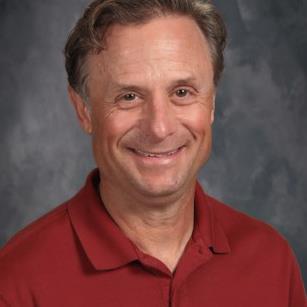 "I am proud of my service. For me, it's more about carrying on the tradition that my grandfather started during World War II (Navy), my father in Vietnam (Army Infantry) and my Cold War service (Army Signal Intelligence).

"In terms of why we served, it's about giving back to my country. A country that has given my family and I so much to be thankful for - I wanted to give back. Even with all of the challenges that today's world seems to throw at us, I am proud to be an American." 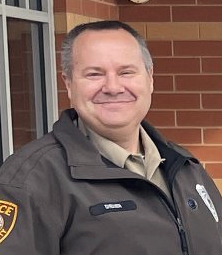 "I chose to serve because I felt it was important to give back to our country. I believe each of us has a responsibility for common welfare to each other, even if the cost is for our personal interests. There are many ways to serve our country, and the military was the most direct way for me to contribute."

"It was important to me to serve in the Army, as my father did, who helped me to be the first in my family to attend college. I felt serving in the military helped make our country safe. It emphasizes putting other people's needs first. All the soldiers that I served with benefited greatly from working with people from diverse backgrounds to achieve our mission." 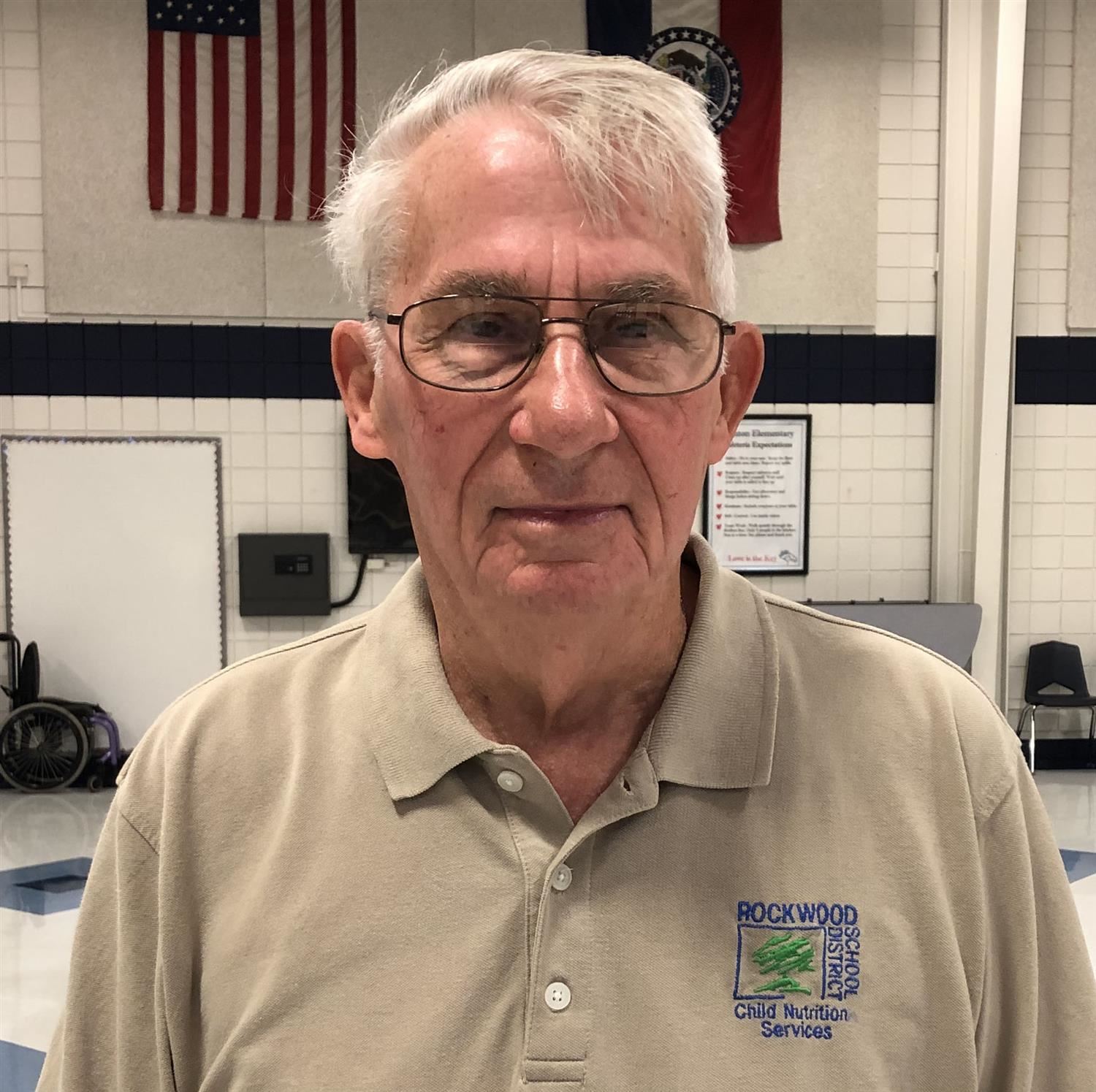 "I felt like I was obligated to serve my country, to help keep it free. We're not perfect, but there's no better country than the U.S. I was 18 years of age when I went on active duty and met a lot of good people. It was a good experience, and I'm glad that I did it. I'm proud to say that I served my country." 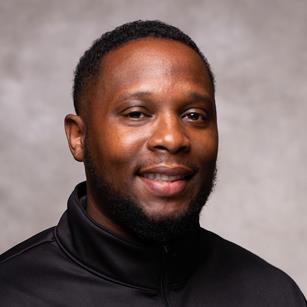 "Being in the military opened my eyes to the larger world. It gave me the opportunity to connect with people from all over the world with a shared vision and mission. It is important to serve our country to ensure that freedom, opportunity and excellence can be maintained for future generations. My military experience paved the way for me to become an educator and live my dream of helping all children succeed." 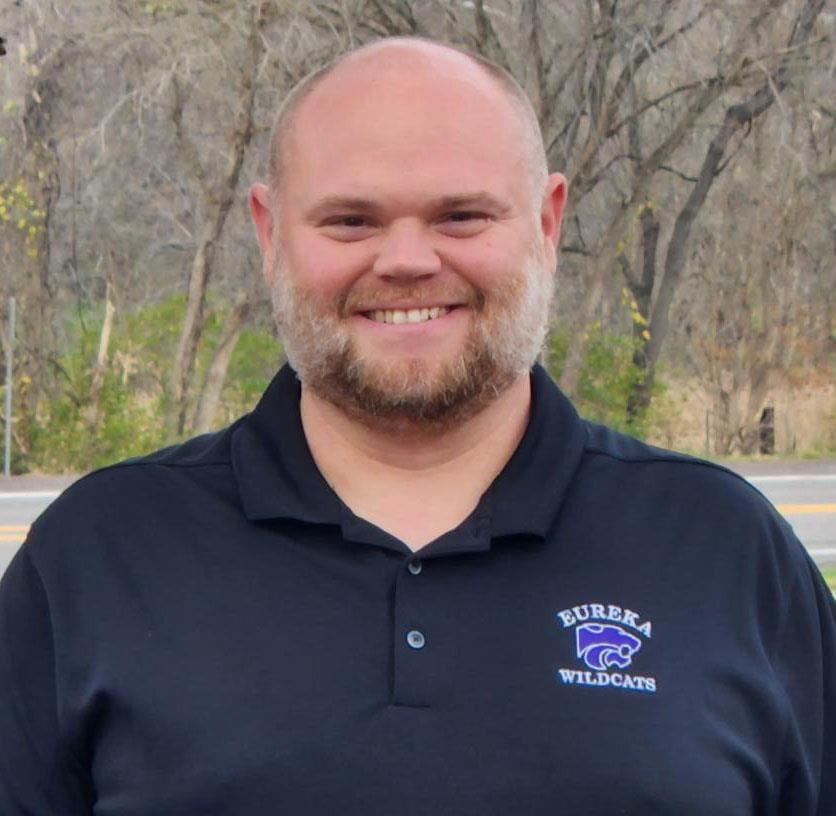 "I loved serving our country because we are the greatest place on earth. I would do it all over again to ensure my children, family and friends live in a free society with the ability to live without fear." 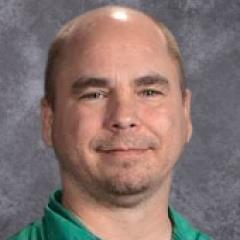 "It is important to serve your country because you understand the importance of the individual, and it is an honor to put your country above yourself." 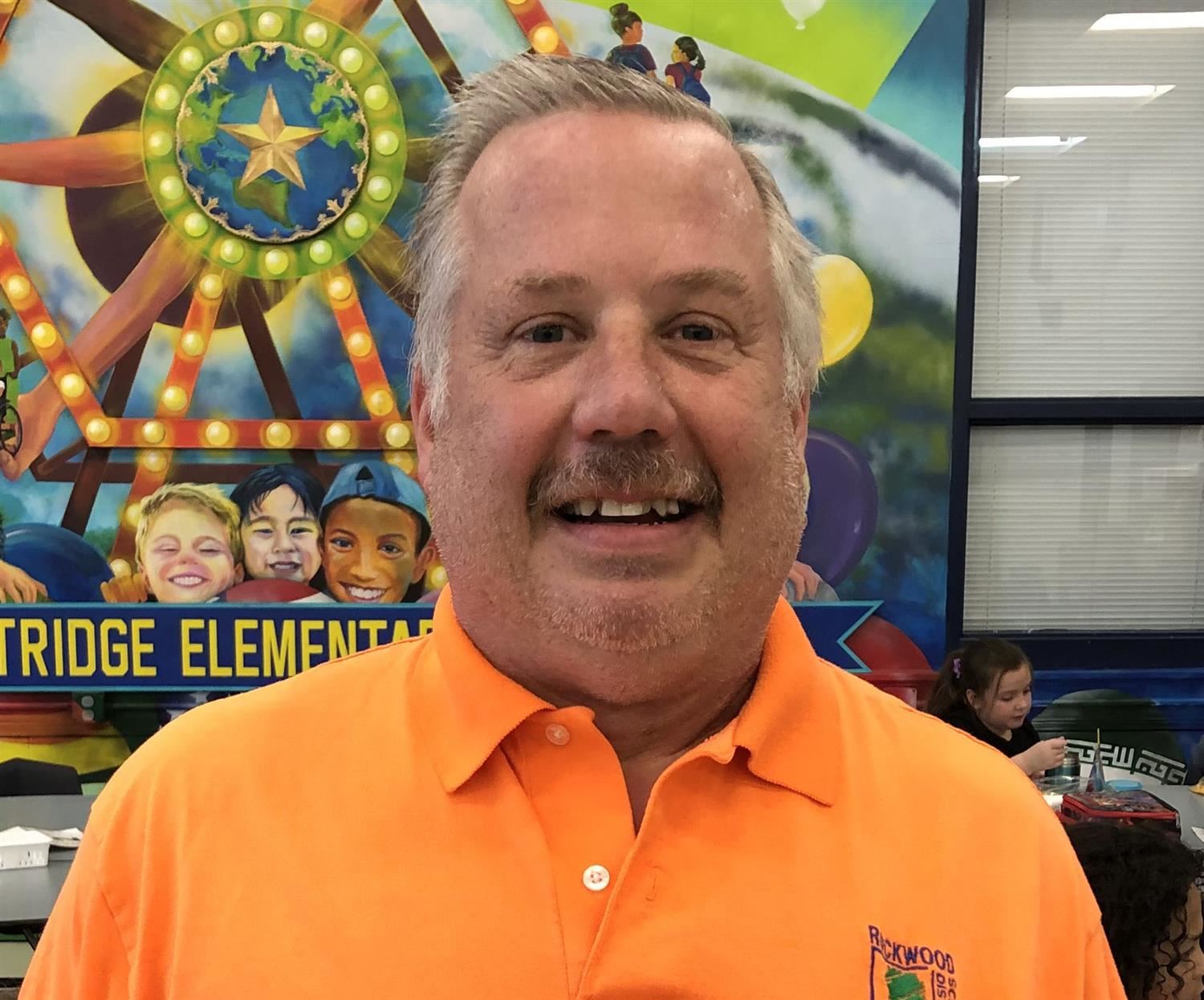 "At that time, I was 18 and a young man. I feel like it was my duty and obligation to serve my country, and I am proud to have served. I would do it all over again today. Now that I'm older, what Veterans Day means to me is freedom and that anyone can be what they want to be. That's what I love about this country." 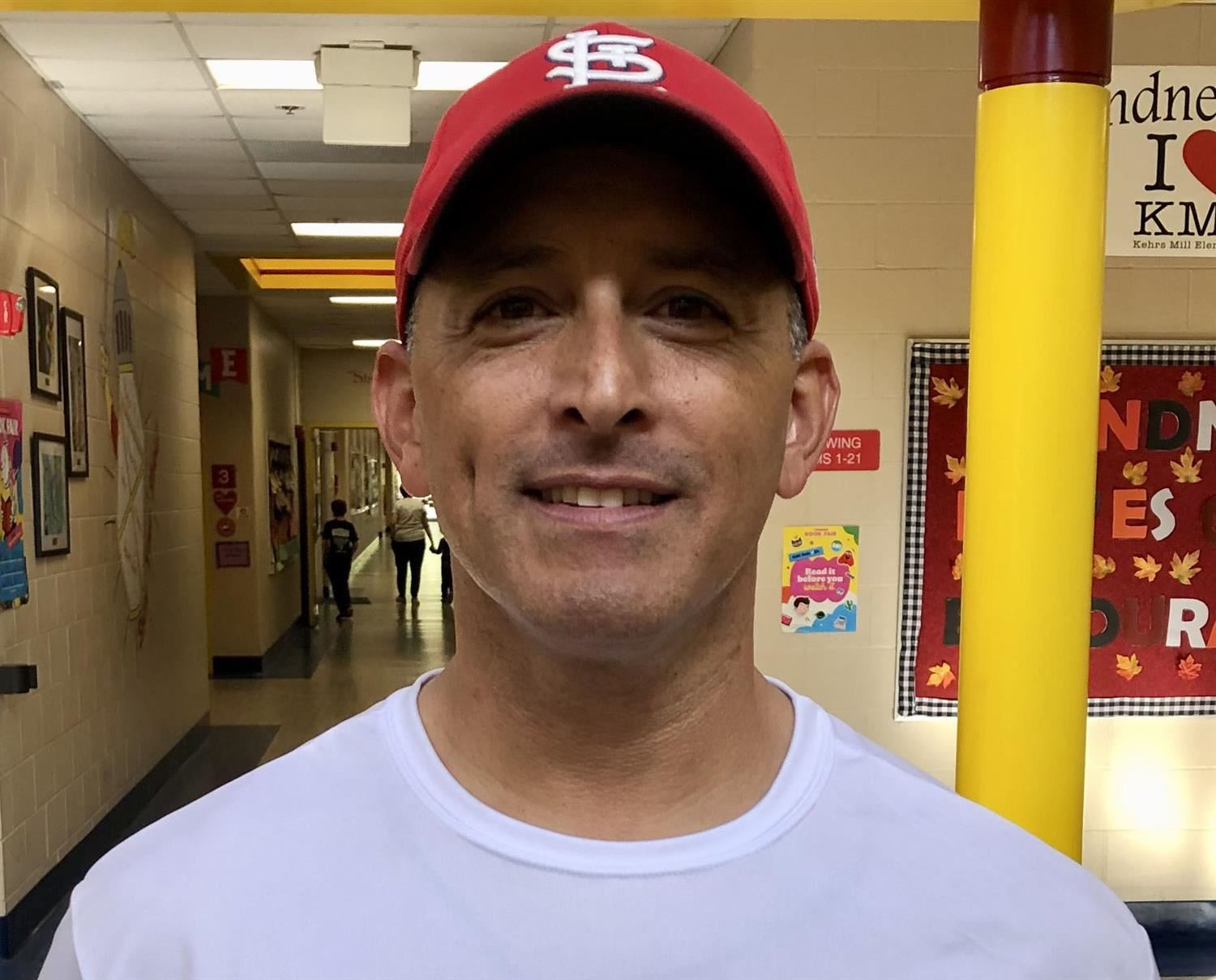 "Joining the Marines is truly a service you provide to others. Understanding the meaning of sacrifice for those you do not know, so that people may live with freedom, safety and inalienable rights is given to those who choose this path. The intangible attributes someone obtains prove to be immeasurable for your life and your success.

"America, and its way of life, is a beautiful thing. No country has ever been perfect, but serving this country is an honor and a privilege that more people should understand. Finding a way to serve our country will give anyone more respect for how good we have it." 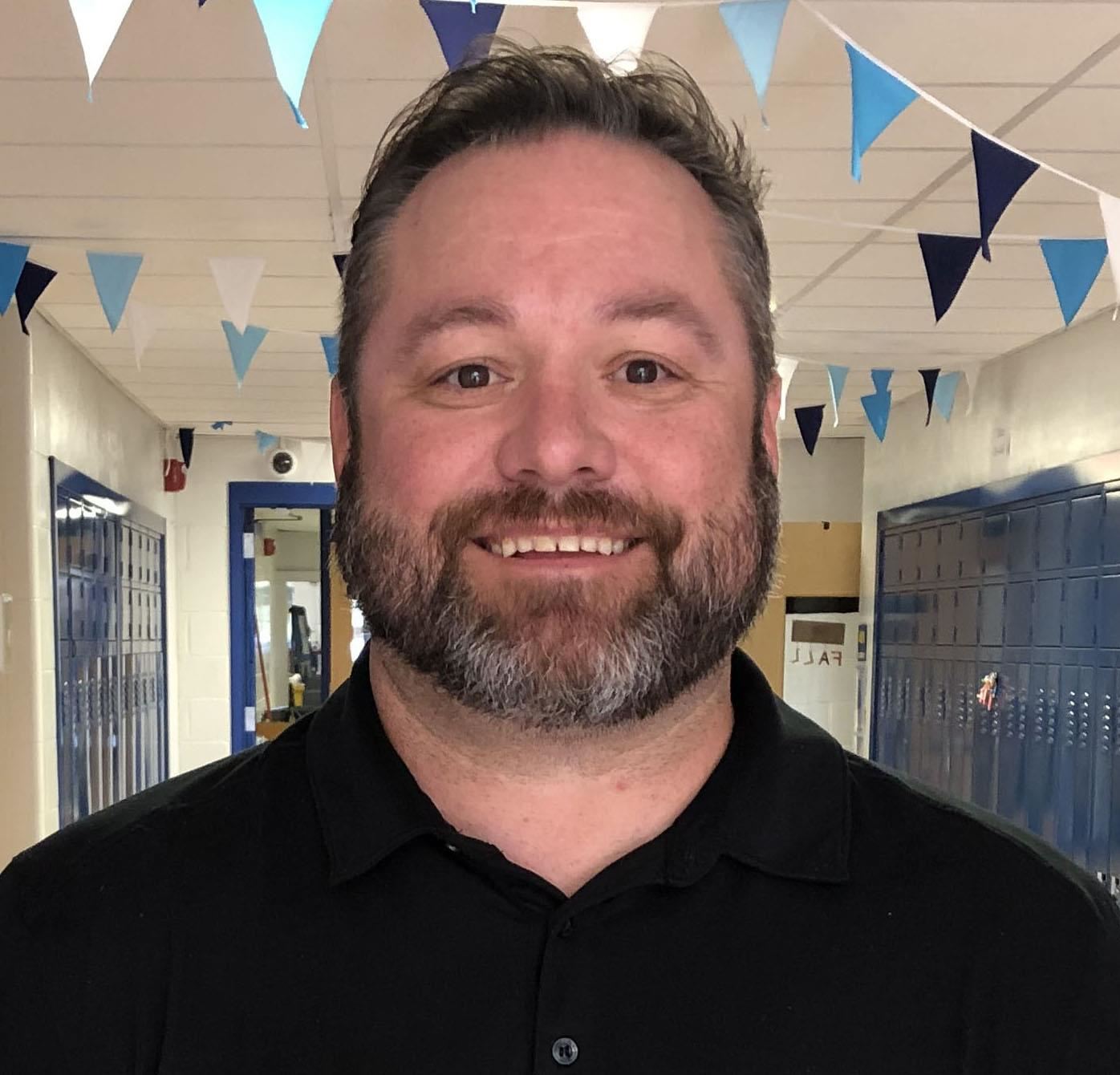 "I can't tell anyone else why it is important for them to serve our country. For me, it was a desire to help people and earn the freedoms we enjoy, which was something my grandfather instilled in me." 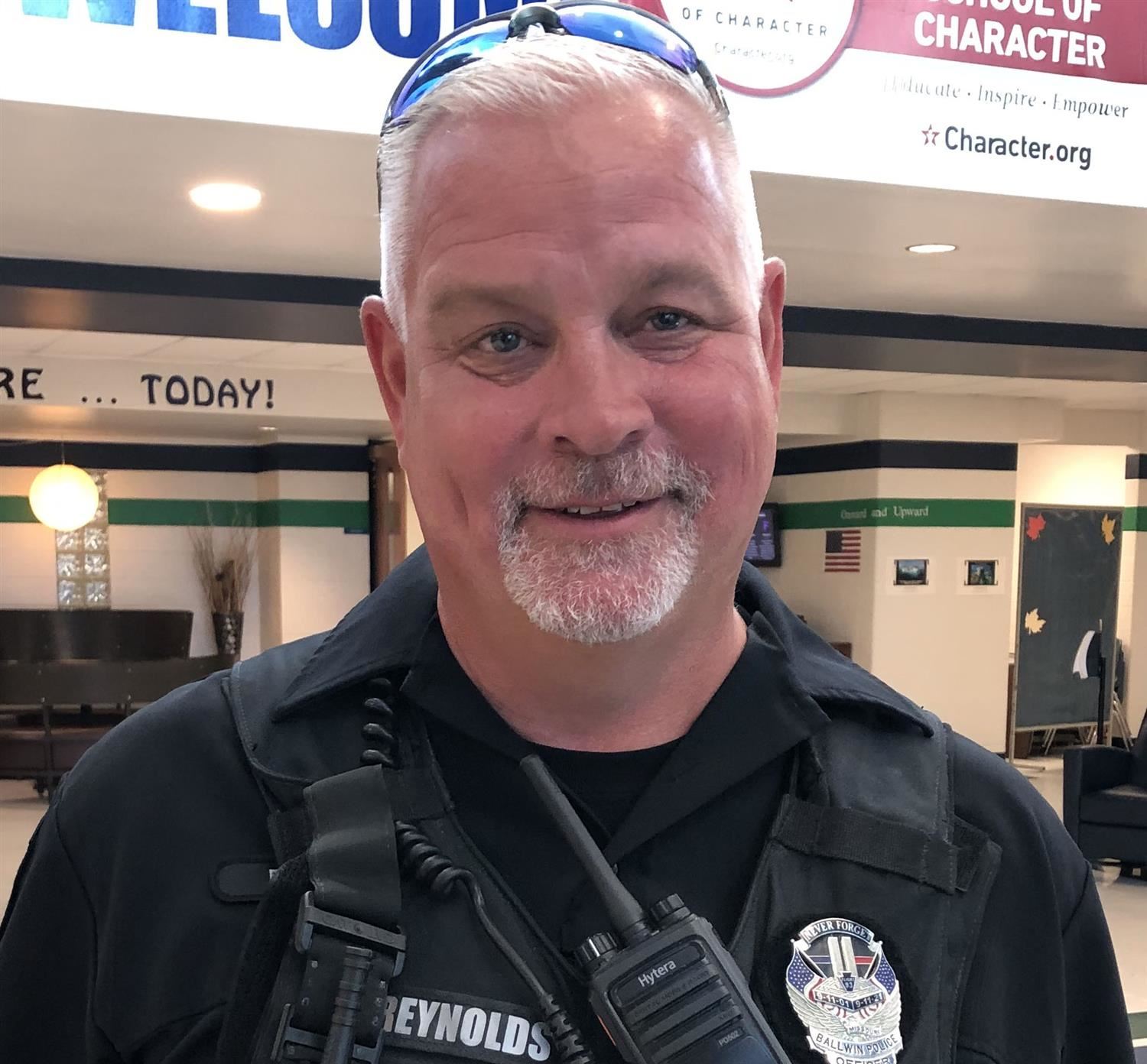 "I entered the military right out of high school and was stationed in Hawaii. My grandfather served in World War II, so it was important for me to follow in his footsteps. I am proud that I served my country and also proud of my son, as he is currently serving in a helicopter squad in San Diego."

"It was important for me to serve our United States to maintain and uphold the freedoms and rights that are the fabric of what this country was built upon." 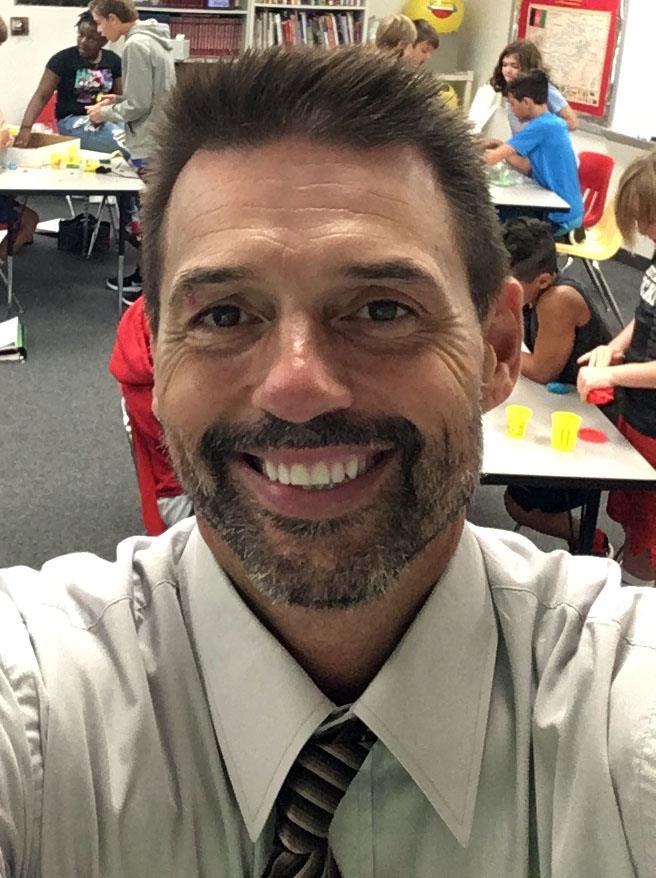 "Our great nation provides each person with the unalienable right to life, liberty and the pursuit of happiness. We have the freedom to express ourselves and accomplish anything we set our minds to. I am very proud to be able to say I did my part to preserve these rights. I'm very thankful to be an American." 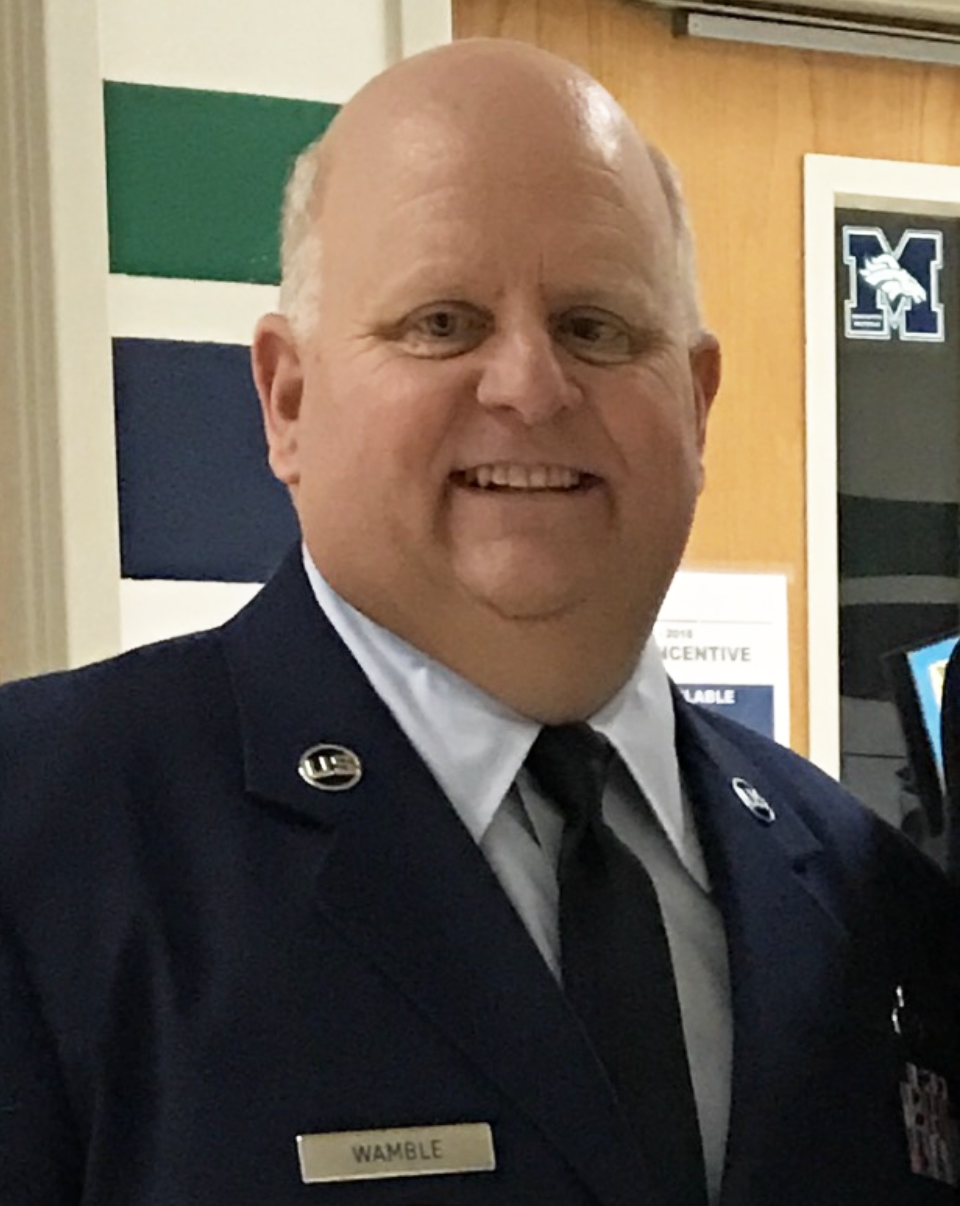 "It was really important for me to serve, as not only did I serve for my country, I also served because it was a family tradition. I was the third generation to serve in the military, behind my grandfather and father. As a matter of fact, I followed my father's career path outside of the Air Force. We both ended up in education as teachers, and we both received our doctorate degrees.

"Veterans Day, to me, has always been about the people who served before me, defended and died for our country. I always like it when people like (Marquette football) Coach Michael Stewart thank me for my service. I guess I am now like the people who I always thought about during Veteran's Day in the past. Students always ask me if I had to do it all over again, what would I change? My reply is NOTHING. I would do it all over again the same way. To all the veterans out there, Happy Veterans Day!" 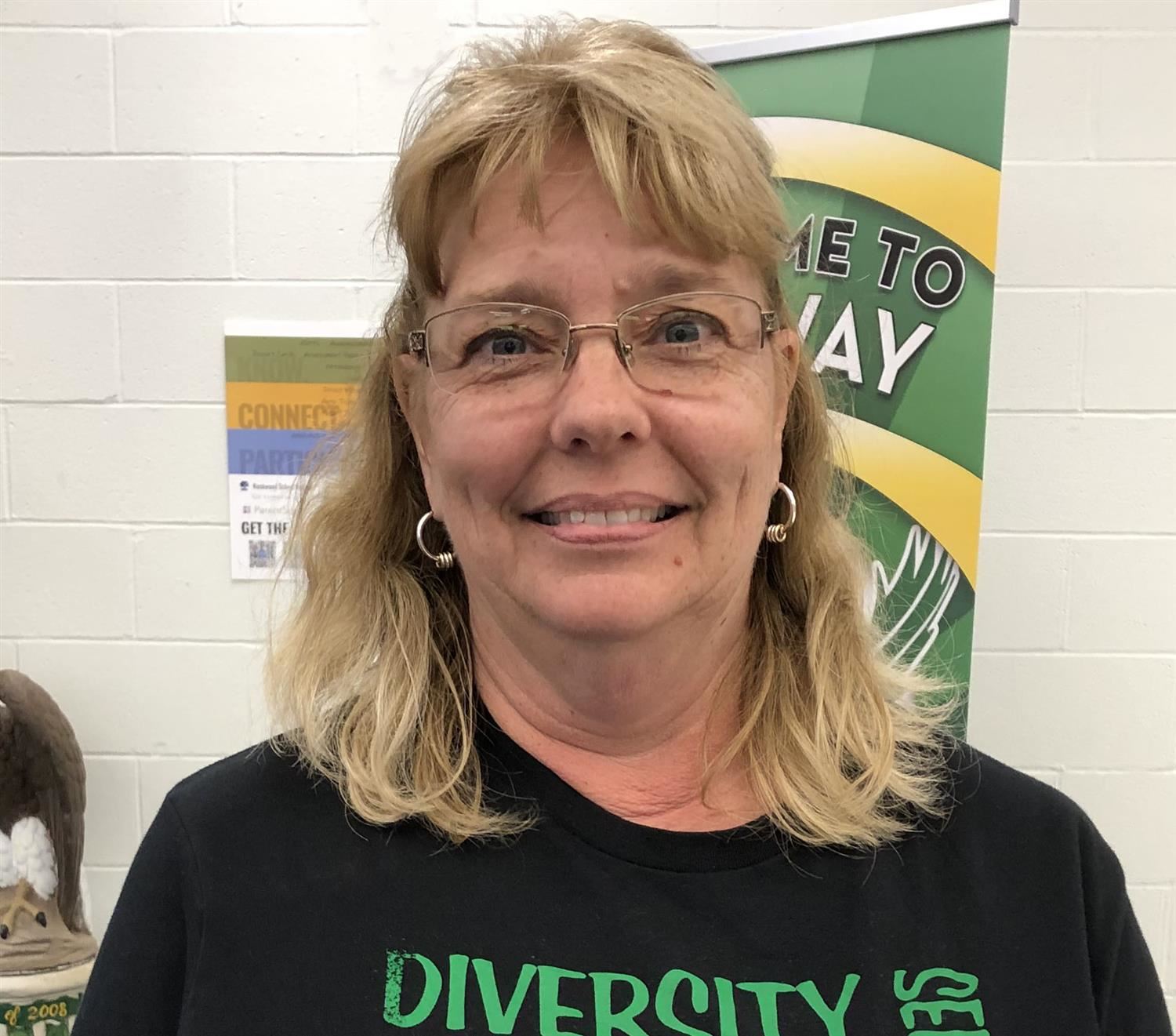 "I feel it's important to serve my country because to continue to enjoy the freedoms we have in our country, it takes people to protect it. I enjoyed my time in the Navy, and I'm glad I chose that route." 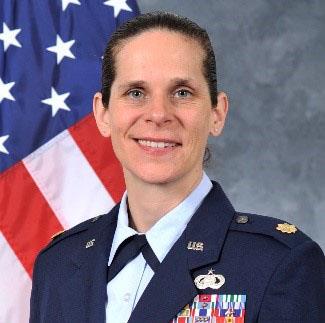 "I had two goals as a young kid -- graduate from college (neither of my parents did) and be an astronaut. I grew out of the astronaut phase, but my desire to go to college never wavered. During my high school years, I recognized a personal passion for serving others and, as a result, I decided to join the Air Force after graduation. The military allowed me to have a career that I loved and gave me the financial resources to complete both my bachelor's and master's degrees.
"I am very proud to be amongst the less than 1 percent of Americans who served in the military. However, I deeply believe that every person can serve their country by simply choosing to be a servant leader within their community. I see it every day at Marquette when students help clean tables after lunch, provide peer tutoring and take part in courses like PE Mentors. These are just a few of the examples that exist because we have teachers and staff dedicated to serving our students. I feel just as fortunate to now be amongst the 2 percent of Americans who are educators."
Copyright © 2002-2023 Blackboard, Inc. All rights reserved.