Each volunteer makes at least 20 peanut butter and jelly sandwiches a week but, soon after starting, Pranav upped his production to 40.

“Each week, our group donates around 300 sandwiches collectively, which is really good for the homeless shelter,” Pranav said. “It’s so cool to help people in need, people who are going through a hard time and make them happy.”

During the COVID-19 pandemic, Pranav has devoted himself to a number of charitable causes.

He recently led a school supply drive at Rockwood Valley to benefit students in the region. He has helped raise money for young mothers in Uganda and ran in a five-kilometer race to help a friend raise funds for Hurricane Ida relief. He is also planning to take part in a donation drive for Afghan refugees and is planning an effort to bake cookies for St. Louis Children’s Hospital patients.

Pranav’s charitable efforts have helped him earn a presidential service award from his local Hindu temple.

“I started volunteering because I thought it could be a great way to help and give back to society,” Pranav said. “It helps our morale, too, when we know we can make a difference in society.” 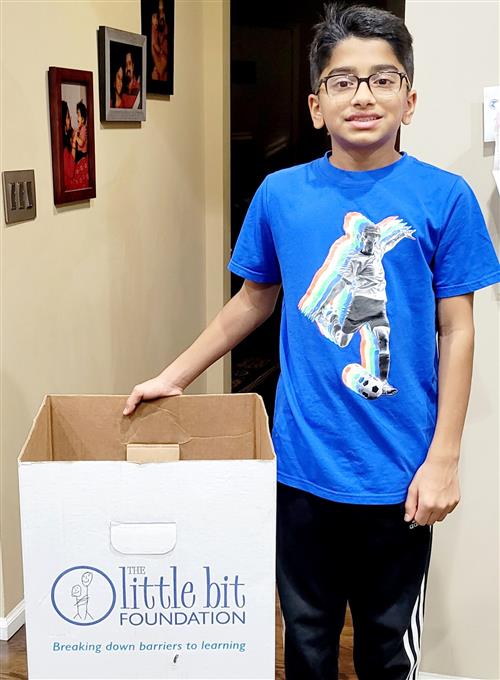 Pranav also brings this enthusiasm and energy into his many other pursuits inside and outside of school. He counts math, science and history among his favorite subjects, and he plays trombone in band, though he is planning to switch to baritone.

He participates in the Rockwood Swim Club, a First Lego League robotics team, and he loves to play his favorite sport – cricket – with friends.

“Pranav has endless energy. He is a very positive person,” said Dacia Stewart, Pranav’s Academic Stretch teacher at Rockwood Valley. “He’s always interacting with his peers, and he’s just a really fun kid. To have someone so positive and eager to learn and do new things and have a good time doing it is always such a joy.”

He is excited to keep learning new things and exploring his many interests, and he hopes to one day become a surgeon or anesthesiologist.

“It would be really cool to help people with their surgeries, so that’s what I want to be when I grow up,” Pranav said.